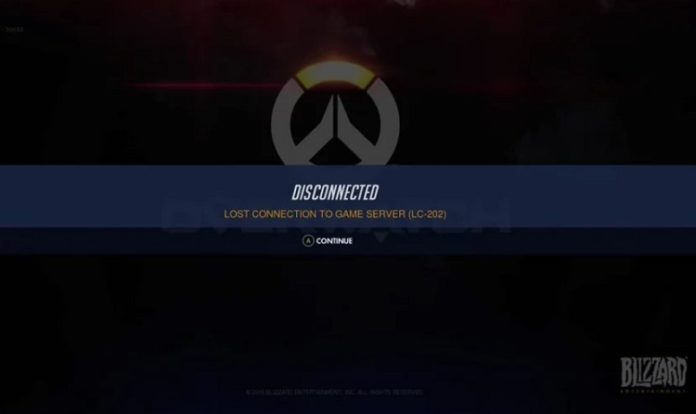 Are you an Overwatch player? Is your Overwatch connection getting lost these days? Don’t worry; this is the most common issue faced by the Overwatch players these days. Just read the particular article to know what you should do in such circumstances to get this problem solved. You need not try every fix given below, but just initiate from the Fix 1 and go below trying various Fixes until you find the appropriate solution for it.

How to Fix Overwatch Lost Connection to Game Server Error

As per the reports of multiple users, it was found that the problem gets merely solved by rebooting your PC as well as the network. The rebooting of the network will help in restoring the internet connection speed. What you need to do for rebooting the network is described in the following steps.

Check if the problem facing has been resolved. Henceforth, following all the steps carefully will solve your queries. If the issue has not been resolved, then step up to another method, i.e., Fix 2.

What you need to do next is to find the current driver, which is perfect for your network adapter.

Important: You need to choose the driver to be updated with extra caution. In case you installed the inappropriate network adapter model, which is not suitable for your Windows version, then your PC will run in a problem.

Examine if the issue has been sorted out. We hope that the error might have been fixed until now. If your error has not been resolved till now, we suggest you try Fix 3.

Do you know anything about Blizzard’s Battle.net Looking-Glass? It is a network diagnostic tool that tests the server connection of your PC. Certain steps will help you in running this tool.

Someone on the Overwatch forum will definitely help you in getting rid of your problem. Is the problem of Overwatch connection to the game server fixed now? If not, we suggest you try the Fix 4.

A supporting program and programming interface for Windows operating system is known as Winsock. The accessing of network services by Windows network software is explained by it. There occurs a few circumstances in which the Winsock data proves to be harmful to the PC. Hence, you must try resetting it to get rid of this issue. Don’t know how to reset? Just follow certain steps.

Method 5 – Flush your DNS and Renew your IP

The issues in DNS or IP can also be the supreme cause of the lost connection between the Overwatch and the game server. Hence, this issue can be solved by flushing out the DNS and renewing the IP. The respective steps can be followed by the user for flushing the DNS.

You can renew the IP of your PC by performing the following steps.

Once you are done with both of the methods, open the Overwatch again, and examine if the issue has been resolved. In case it fails to solve the problem even, step-up to another Fix.

Does the connection between Overwatch and the game server gets lost when you try to connect your PC to the Internet? This case only occurs when there is a problem with wireless interference. For avoiding wireless interference as well as improving the Wi-Fi signal, follow the below-mentioned methods.

Is your problem not even solved by avoiding Wireless Interface? If not, then we recommend you step up further towards Fix 7.

If you have any VPN or a third-party proxy server installed in your PC, then also disable it for a while. Now, inspect if the issue forthcoming has been rectified. In case disabling the proxy server cannot resolve the problem, try using the Fix 8, i.e., of changing the DNS server.

Is your issue not solved by anyone of the fixes given above? You might be knowing that every PC has it’s own DNS server. Also, this DNS server leads to cause the issue in some cases. Thus, switching your PC’s DNS server to a speed boost and security-enhanced server, Google Public DNS can solve your problem. Certain steps could be followed.

Is the problem of connection between the Overwatch and the game server fixed now? If not, we suggest you try Fix 9 which will definitely solve Overwatch Lost Connection to Game Server problem.

Are you using any Internet consuming application and watching TV shows simultaneously? Didn’t get, which applications are we talking about? We are talking of applications similar to Dropbox, OneDrive, iCloud, etc. What happens in such a situation is that the bandwidth issue occurs due to which the connection between Overwatch and the game server loses. The only thing which will help you in resolving the issue is closing all such applications. The following steps will help you.

Now, initiate Overwatch and check if you are able to enjoy the game without interruption. The Overwatch Lost Connection to Game Server error message will not appear for sure if you followed all the above steps fruitfully.

Free Robux Generator – How To Get Free Robux

Free Robux Generator – How To Get Free Robux